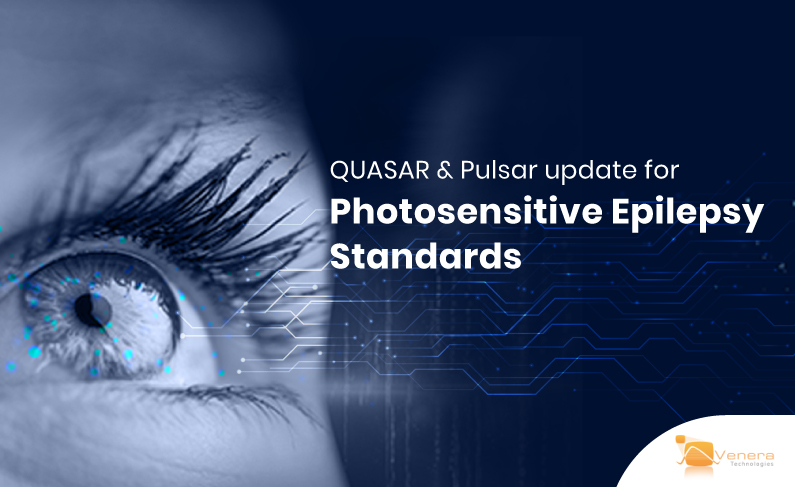 Ofcom, the United Kingdom’s communications regulator, has announced an update to ITU-R BT.1702-0 which is now available in the form of ITU-T 1702-1. From January 1st, 2019, all TV programs must be tested using Photosensitive Epilepsy Algorithms to ensure that they comply with the revisions to the ITU Recommendation.

A complaint to Ofcom showed there were inconsistencies in the interpretation of the Broadcasting Code Harm and Offence section that details the requirements for PSE testing. The circumstances of the sequence that caused the complaint were very unusual and are very unlikely to occur naturally (the sequence was an edited effect). In this update, ITU has clarified the definition of a sequence of potentially harmful flashes.

Photosensitive Epilepsy (PSE) is triggered by visual stimuli that overload the brain temporarily and cause a seizure. The triggers are commonly flashes or repeating changes between dark and light (such as stroboscopic effects or flash photography), some geometric patterns, and certain colors such as deeply saturated red. PSE affects around one in four thousand people, with the age group of seven to twenty years old being five times more likely to be susceptible than the rest.

PSE testing is mandatory in the UK and Japan. All content providers and broadcasters need to check for PSE compliance before the content is made available to consumers. Producer of the program, as well as the Broadcaster, may be liable for any action taken by Ofcom or a member of the public, for a breach of the Photosensitive Epilepsy requirements.

PSE testing is also used worldwide by content providers who create/repurpose content for these countries. This testing is growing in use in the US as well, particularly as more of the US-produced content is distributed internationally.

Photosensitive Epilepsy testing can be performed along with other content checks using an Automated QC system. Considering the penalties involved with a violation of PSE guidelines, it is of paramount importance that a certified, reliable implementation is used for PSE testing. Some of the proprietary implementations available in the market are reported to be inaccurate. Using those implementations exposes content owners and broadcasters to potential penalties.

Pulsar is the world’s fastest File based Automated QC system that is used by some of the largest Media companies, as well as a number of smaller boutique post houses and production companies. Pulsar’s fast performance, ease of use, and competitive pricing provide the user with the best ROI for a QC system for their operations. Pulsar provides a very rich range of features and detection parameters. Aside from support for all common video/audio formats, Pulsar supports many advanced capabilities such as support for validation and analysis of HDR, Adaptive bitrate content, Photosensitive Epilepsy (PSE), and IMF and DCP packages. Pulsar comes with ‘ready to use’ QC templates for some of the more popular platforms such as Netflix, iTunes, CableLabs, and DPP. Pulsar has been integrated with leading File Transfer as well as Media Asset Management solutions.

Quasar is the first ‘native’ cloud-based QC solution running on both AWS and Microsoft Azure cloud platforms. Aside from all the QC-specific features of Pulsar, Quasar is built from grounds up to take advantage of the Cloud architecture, such as usage-based pricing model, dynamic processor scalability, dynamic provisioning in regions local to the customer, high level of security, native support for cloud-based storage systems, and easy integration with other native cloud-based solutions . Quasar is ideal for media companies who have migrated to the cloud such as many of the major studios, broadcasters or production houses, or those who conduct business in the cloud such as OTTs (Over The Top content providers) and OVPs (Online Video Platforms).