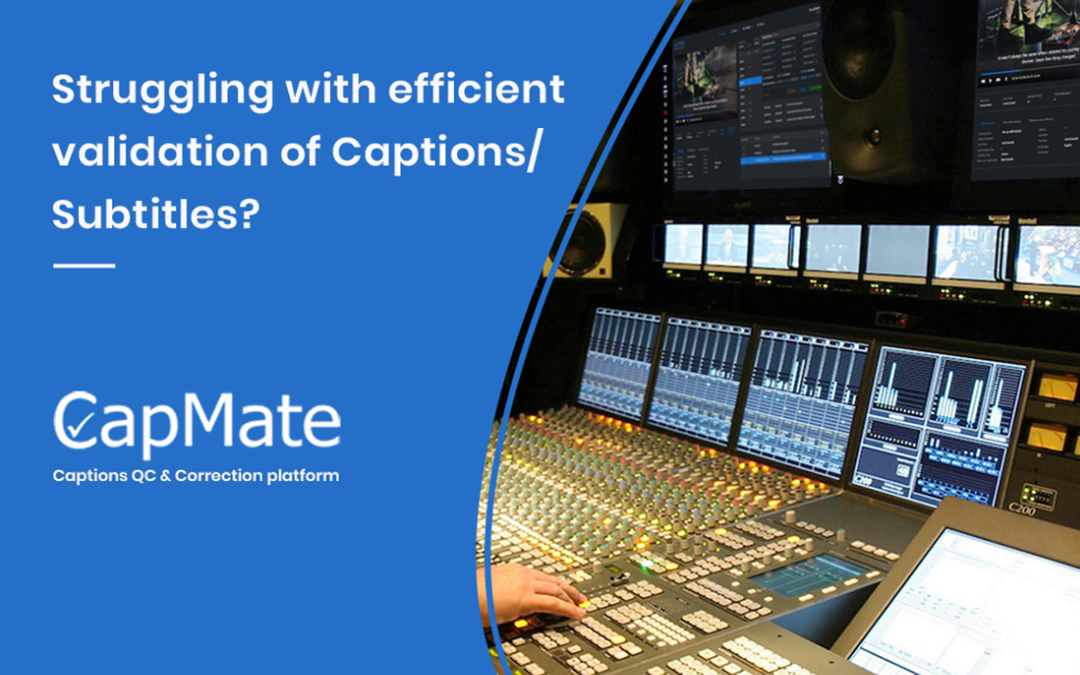 Many of our customers had been telling us that the process of validating and correcting closed caption files is tedious, time consuming and costly! And that they needed an innovative QC solution for caption and subtitle files, similar to what we have done for Audio/Video QC. We took that request to heart and have introduced CapMate, the first comprehensive cloud native caption QC software that provides verification and correction of captions and subtitle files.

In fact, CapMate is so innovative and bleeding edge that many are not even aware of such a solution category! Of course, there are a large selection of capable programs in the ‘captioning’ category that allow for creation of caption and subtitle files. However, until CapMate came around, there was NO solution to address the dire need for an innovative automated software for caption QC that could find caption related issues, much less fix them! Before CapMate, caption verification and correction was a painfully slow, manual, and error prone process.

And so starting with this blog post and following up with a series of short blogs, I would like to introduce you to this new category of software and tell you more about CapMate!

Let me start by giving you the highlights! CapMate:

And so much more….

Be on a look out for CapMate 102, the next blog in this series where I will write about one of the key features of CapMate, its ability to accurately detect and correct caption sync issues! At any time that you think CapMate may be the subtitle QC software solution you have been looking for, contact us (sales@veneratech.com), and we are happy to give you a live demo of CapMate and set you up with a FREE trial account!